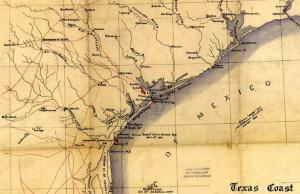 I’ve decided to take a change in direction in chosing my next piece.  Having completed the first novel in the Inventors’ Daughter Series and written an extensive chapter-by-chapter outline of  the second, I feel confident that I can take a haitus and return to the series when I am ready.  This feels natural to me, as I try to rotate my crops between whimsical and serious works.

In the meantime, I’m going to write a 5000-10,000 word story about myself and my friends when we were seventeen and eighteen.  It’s a sad story I’ve wanted to tell for many years now and feel I am now able to tell it truthfully.

Last month at the SCBWI (Society of Children’s Book Writers and Illustrators) Western Washington monthly meeting we heard a very interesting talk on plot and pacing from Elana Roth, agent with Caren Johnson Literary Agency. I got a lot out of Elana’s talk that I would like to share, but her first point was that we restrain from blogging about the specifics of her talk. Let me say only, that if you have a chance to hear or read her comments, please do.

During the Q & A I asked her a specific question about the book I’m currently working on:  Is it okay to mix first and third person narratives.  Her answer shocked me.

What I’m writing is a crime/sci-fi novel for middle graders, with a heavy emphasis on the crime genre.  It’s nearly noir for kids.  In order to make it interesting I must write scenes out of the protagonists POV.  The technique gives the Harry Potter novels much of their tension.  The reader feels a doubling of urgency when the villains are on stage, as it were.

My first draft was written in the third person and was pretty good.  The major problem was that it was difficult for me to give authenticity to the main character, an eleven-year-old girl, while staying in the third person.  So, I studied books that use the first person to create a more vibrant character (The Postcard by Tony Abbott, for one).  Then I rewrote the novel, making the main character’s POV first person.

The story was definitely improved by my being able to give my character an inner voice.  She could not only comment directly to the reader, but in a real, humorous and appropriate way. But I was troubled by the mixing of the first and third person narratives.

Alana was adamant in her opinion.  It just doesn’t work, she said, and you won’t find good examples of it – unless the mixing was very organized and predictable.  That wouldn’t work for my book.

I relented and returned to the third person.  I did keep many of the access points by using the classic “she thought” technique.  In doing so, I believe I’ve improved my access to the character, and so my telling of the tale.  I do want to thank Alana Roth for helping me through this.  I might have made a serious misstep had I – not only heard – but taken her advice to heart.

Springer and I just got back from one of the most beautiful places on the planet – Northern New Mexico – Santa Fe, Taos, Abique, Eagle Nest, Truchas, Madrid and Galisteo.  Pictured here is Abique, NM, where Georgia O’Keefe did most of her desert work.  The hills, the sky and the life are breathtaking.

The Presbyterians own Ghost Ranch, her former residence.  They conduct a school for art and spirituality which is worth looking into.

You can see some of my photographs at the link below.  I focused as much on the vegetation as anything else on this trip.  It had rained heavily the month dressing the hills in every color.
Photographs